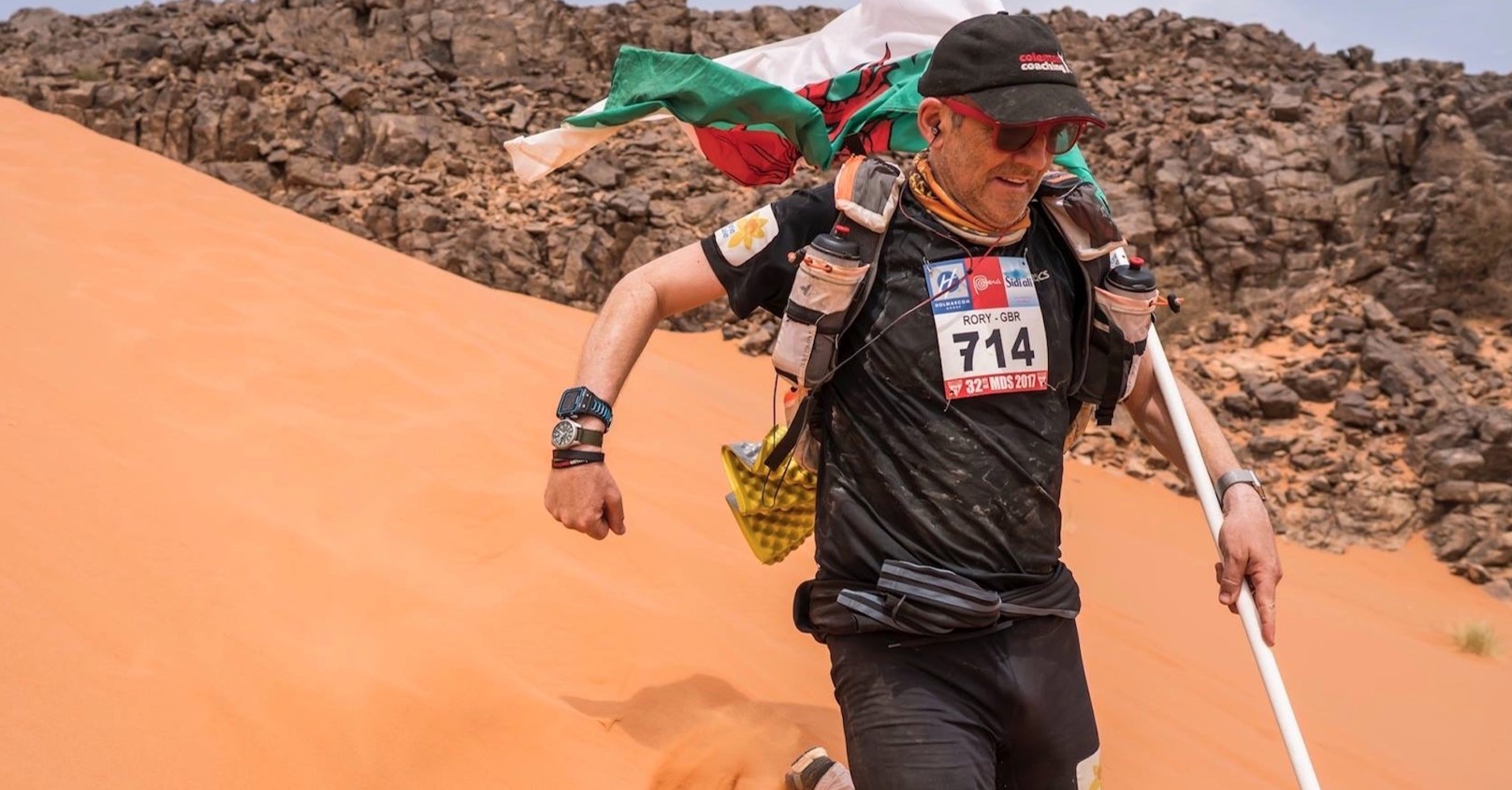 I am the UK’s Leading Ultra-Marathon Coach and a motivational speaker. I am regularly featured on TV and in the National Press, on Local Radio and in Lifestyle Magazines. I coach both individuals and businesses in fitness and wellbeing.

Over 1,000 marathons and 27 years on from a New Year’s Resolution I made to clean up my life, I believe I have earned the title 'Marathon Man’. I am a million miles from being the overweight 40-a-day smoker and hardened drinker that managed to run just 100 metres on 5th January, 1994. I decided there and then to live the rest of my life to the full, nicotine and alcohol free.

In just three months I lost three stone in weight and ran a half-marathon, going on to complete my first full marathon later that same year. I ran the London Marathon in April 1995 and enjoyed the experience so much that I ran another marathon the following weekend, and the one after that, and have been doing so ever since. As I became a more experienced runner, the races became longer and the terrain became tougher. I have run the Grand Union Canal Race (145 miles) three times and the Marathon des Sables (branded ’The World’s Toughest Footrace’) 15 times - more than any other British competitor.

I have also completed a number of one-off challenges including nine Guinness World Records for running on treadmills (101.3 miles in 24 hours was just one of them) and mega-day races such as the Flora 1,000 Mile Challenge in 2003. Other challenges featured in the media spotlight include my 1,275 mile ‘London to Lisbon’ run for Euro 2004 (43 ultras in 43 days) and the government’s stop-smoking campaign ‘Stoptober’ in 2013 (28 marathons in 28 days).

In 2008, following a long career in sales, I made my passion my business and qualified as an Advanced Personal Trainer. Since then I have built a worldwide client-base and have trained many celebrity clients including Sir Ranulph Fiennes, BBC TV’s Helen Skelton, Bertie Portal (The Iron Lady, The King’s Speech) and Welsh Actors Richard Harrington (Poldark, Hinterland), Mark Lewis-Jones (Game of Thrones, Star Wars), Aneirin Hughes (Hinterland, Keeping Faith) and Geoffrey Morgan (Pobol y Cwm, Terry and June).

Unexpectedly, my horizons changed dramatically in April 2016 when I was left paralysed after being struck down by Guillain-Barré Syndrome. I was left wheelchair-bound and my future was thrown upside down - it was unclear whether I would ever walk, let alone run again. My recovery is ongoing but I have left doctors astounded at the speed of my progress. I believe it is testament to both my determination and my fitness. I passed my 1,000 marathon goal in September 2017 and hope to continue inspiring people to achieve the most out of their Sporting, Home and Business lives.